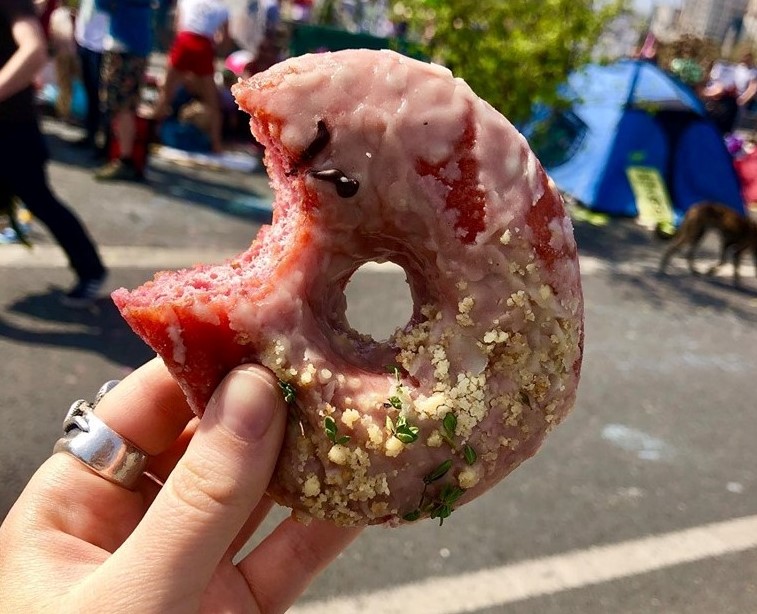 Can Romantic Capitalism bring us into the Doughnut?

Home » Blog » Can Romantic Capitalism bring us into the Doughnut?

Kate Raworth and her concept of Doughnut Economics are somewhat like the superstar of the Environmental/Sustainability scene. Recently the city of Amsterdam announced it wanted to get into “the Doughnut” economy. With the help of The Doughnut, Kate Raworth illustrates the conflict between sustainability and fundamental social needs.

The outer boundary of the Doughnut represents the ecological ceiling, which consists of nine different environmental boundaries, which we as humans cannot overshoot. The most pressing being climate change, biodiversity loss and land conversion. The inner boundary of the Doughnut demonstrates the social foundation of world’s societies which we must not . Kate Raworth derives 12 categories from highly accepted Sustainable Development Goals which must be fulfilled as a minimum for a life in dignity. These range from food, water or energy supply to basic aspects of gender equality and relative social equity. The space between these boundaries can be called the “safe and just space for humanity” in which our economies and societies are urged to move into. More info about Doughnut Economics here

For our at 7 Billion Presidents the discovery of the Doughnut was an eye-opener. Not only were we impressed by its simplicity, but we also thought that this is what we want to achieve! Just by intuition Romantic Capitalism seemed to be the perfect way to get into the Doughnut. Last week, we participated in Kate Raworth’s workshop “Making your own enterprise doughnut-proof” at the Amsterdam Festival “We Make the City”, to see how we could make Romantic Capitalism fits into the Doughnut economy.

The idea behind Romantic Capitalism is to build companies where all profit, that otherwise goes to shareholders, is invested solar panels. An energy company owned by everyone in the world. The money generated by solar panels is to be reinvested into more solar panels and so on and so on, till the whole world runs on clean energy owned by all the people. More info about our concept here

In this way, Romantic Capitalist production provides an innovative and dynamic solution for the energy transition to climate change while helping humanity to stay within planetary boundaries. In the inner circle of the there are two major contributions that Romantic Capitalism enhances. Firstly, social is pushed as solar panels are served and are owned by everyone. Secondly, Romantic Capitalistic production improves energy supply around the world and thereby contributes to the social foundations of our society.

Regenerative and distributive by design

Kate Raworth argues, that economies and businesses should fulfil two main criteria, in order to be in line with the Doughnut. They must be distributive by design, meaning they are collectively owned structures, they use an open source design and create community empowerment. Secondly, they must be regenerative by design, which in its basic form means that value is captured and regenerated at each stage of the production process. These categories fit Romantic Capitalism perfectly.

The reinvestment of profits into clean energy is essentially a regenerative pattern of production. By fostering clean energy through production, the entire business model and its incentives are geared towards sustainability. Of course, the regenerative nature of Romantic Capitalist production depends on the specific production itself. Nevertheless 7 Billion Presidents encourages a regenerative and sustainable business model, as Romantic Capitalism entails regional and personal business relations, with little transport emissions and good recycling opportunities. And still, by giving clean power to the people 7 Billion Presidents ensures a more regenerative economy!

Romantic Capitalist production is inherently distributive by design as it gives power to the people. The investment of all profits into solar panels is a mechanism that distributes wealth to everyone. The more Romantic Capitalist products that are produced, the more the business models of multinational corporations are questioned. Meaning their wealth and power are spread to the people. As the 7 Billion Presidents’, Clean Power to the People foundation is owned by everyone and the model can be openly adapted by everyone, Romantic Capitalism is a way to empower everyone to engage themselves in a more just and equal society.

This aspect can be further developed. In contrast to the classical capitalistic business model, profit is not used for further investment and accumulation of world’s richest wealth but is only invested in clean power to the people. In this way Romantic Capitalism changes the complete incentive structure in business and economics. The focus is thereby no longer on growth and GDP, but instead on overcoming climate change and the well-being of all humankind. At this point it becomes clear that Romantic Capitalism and the Doughnut Economy overlap: A sustainable yet liveable and just society! It might just turn out to be the fastest way to get humankind into the Doughnut…

one of the 7Billion Presidents1 September 2021
CommunityCrowdfundingMerchandiseNews

one of the 7Billion Presidents1 September 2021
CommunityCrowdfundingNews