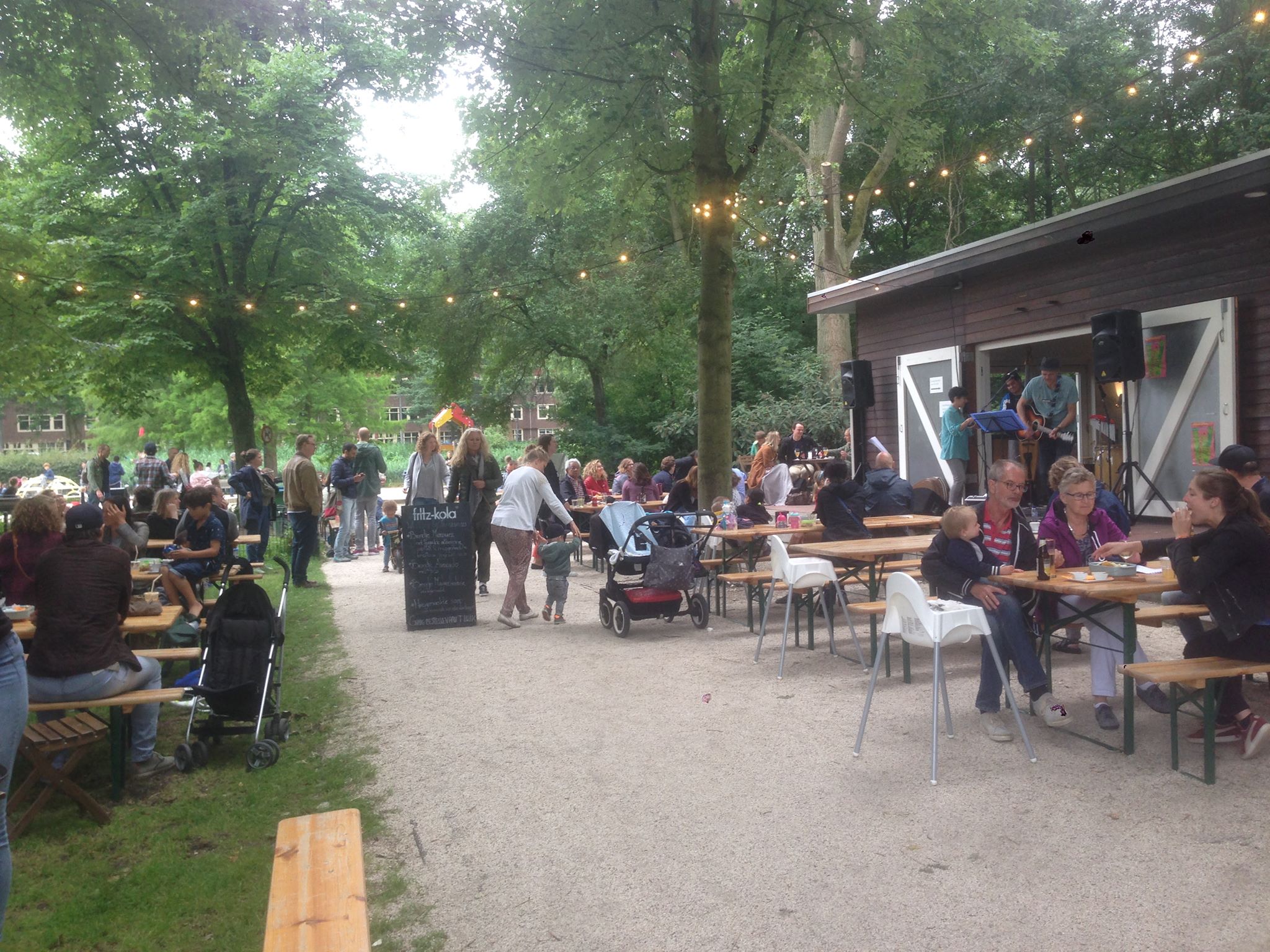 “Design global, think local” [Michael Bauwens] – we are convinced that Romantic capitalism should be applied on a local level to create thriving communities instead of alienated neighbourhoods. We set an example and make a statement with our campaign ‘West voor West’ to show how a community can empower itself in Amsterdam.

Looking at climate change or at global inequalities, at air pollution or tax evasion, the biggest problems nowadays lie on a global level that need to be tackled by humanity. With Romantic Capitalism, we as 7 Billion Presidents offer a global vision for global problems, by tackling climate change and inequality at once.

Our concept of romantic capitalism opposes the idea of eternal growth and advocates well-being. We therefore embed our model in the local sphere, not only to create regional value chains and thus reduce transport emissions, but also to create resilient, empowered neighbourhoods.

In our globalized economy, people have no connection to the products they buy. Production chains are global, many everyday products are manufactured at the other end of the world, while profits end up in a tax haven in the Caribbean. If we consume products that are produced in our neighbourhood while the community itself benefits, it can develop a sense of community and solidarity that gives a whole new feeling of living in a neighbourhood.

We start to think local with our campaign ‘West voor West’.

Our whole team lives in West. Dorian, businessman in West and part of our team since April has his two Fento Restaurants in the Foodhallen and in the Potgieterstraat 16. Being rooted here and knowing the district to the last corner, we also have a selfish interest in improving our neighbourhood and making it more livable. That’s why we decided to start growing Romantic Capitalist products with the campaign ‘West voor West’.

In 2017, we brew 4000 liters of the first beer ‘For Mankind’, together with an Amsterdam brewery. The beer was sold (almost) exclusively in West’s cafés and shops. From the profit, we installed the first 7 solar panels that serve humanity in the urban gardening project Mijn Stadtstuin that is also in Amsterdam West.

With the campaign West voor West, we offer Romantic Capitalist products in the shops and bars of West. For this reason, we are currently talking with local kombucha and beer companies, so that we will soon be able to make West an even better place. People can then drink Kombucha in West, while the profit goes to more solar panels in West. With other words: Drinks in West, by West and for West!

When someone consumes a romantic capitalist product, he or she supports businesses and jobs in West and can therefore feel connected to them. We as 7 Billion president thereby create a link between a social enterprise, the consumers and the neighbourhood. This link not only creates a feeling of community, trust and coming together, but also a tangible financial connection as local jobs are created and solar panels are installed.

We envision to expand West voor West by adding more and more products. With every Romantic Capitalist product added for West, the movement gets bigger and more powerful as it enforces itself. This way, we hope one day all profits from the products bought in West are used to improve the neighbourhood.

7 Billion Presidents thus offers a concrete economic model that empowers a resilient and happier neighbourhood, where everybody feels connected to each other. Help us to start this in Amsterdam West!

one of the 7Billion Presidents1 September 2021
CommunityCrowdfundingMerchandiseNews

one of the 7Billion Presidents1 September 2021
CommunityCrowdfundingNews