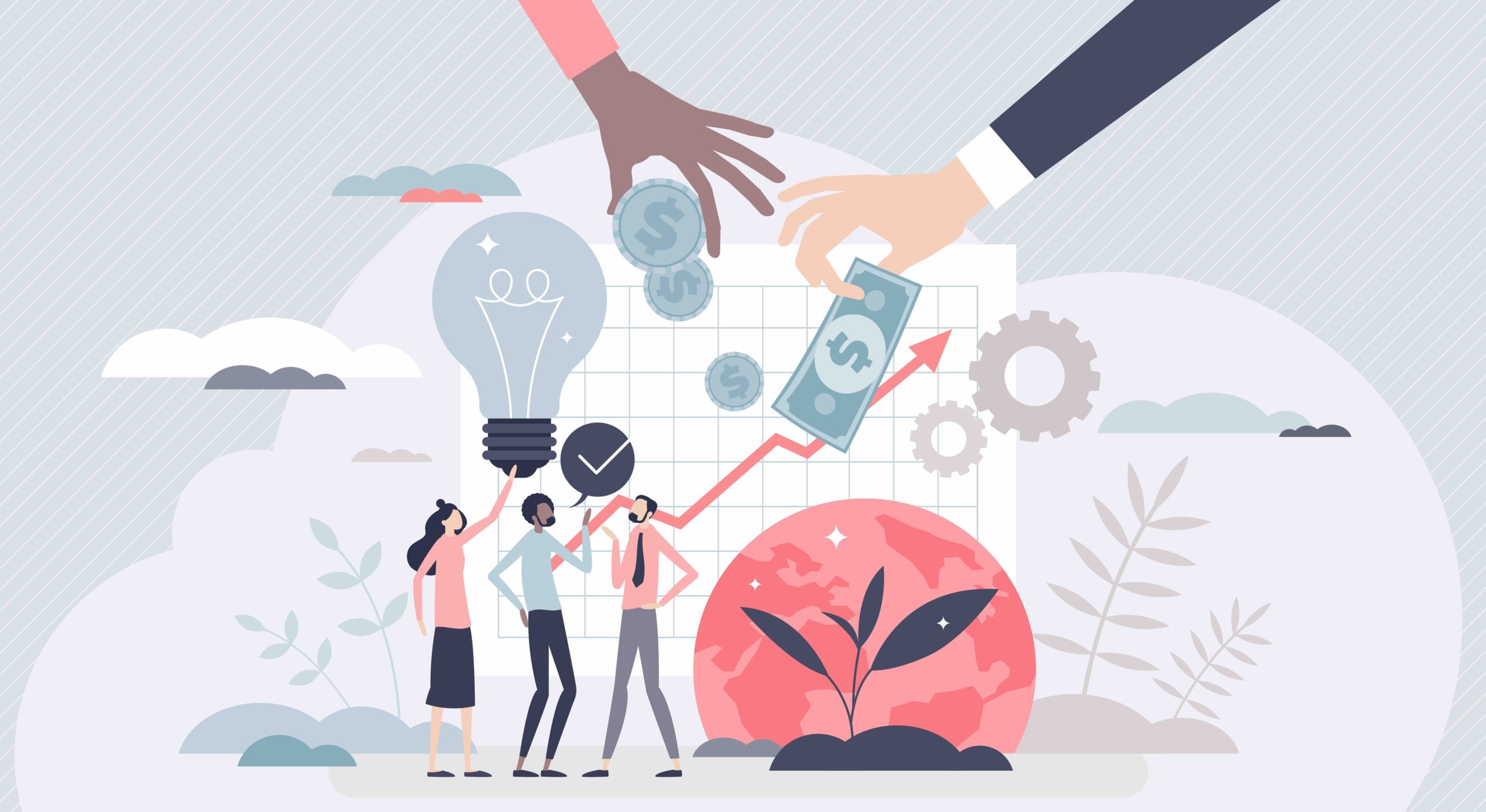 By one of the 7Billion Presidents9 August 2021No Comments

What is the Doughnut Economic Model?

Economic growth has always been a priority in almost all countries in the world, but none of them has ever been able to achieve it in a sustainable way. This is the objective of the Doughnut Economic Model. Its shape, which reminds indeed that of a doughnut, has a small circle inside for the “Social Foundation”, which represents the minimal social objectives, and a bigger one outside for the “Ecological Ceiling” which represents the self-sustaining capacity of the planet. For a better society, based on a regenerative, distributive, and sustainable economy, all societies should develop and implement policies that fit between the two circles, inside the doughnut, in a space called the “sweet spot”. This innovative model was theorized in 2012 by the British economist Kate Raworth, in a paper called “A Safe and Just Space for Humanity” and then better developed in 2017 in her book “Doughnut Economics: seven ways to think like a 21st-century economist”. The theory argues that 20th-century economic thinking is not prepared for the environmental and climate challenges of the 21st century: that’s why we need to change our perspective from individualistic and competitive to collectivist and thoughtful.

But what are in detail the “seven ways to think like a 21st-century economist” mentioned in the title? The starting point of Doughnut Economics is to change the goal from endless GDP growth to thriving in the Doughnut. At the same time, begin economic analysis by seeing the big picture and recognizing that the economy is embedded within, and dependent upon, society and the living world. Doughnut Economics recognizes that human behaviour can be cooperative and caring, just as it can be competitive and individualistic. It also recognizes that economies, societies, and the rest of the living world, are complex, interdependent, and dynamic systems that are best understood through the lens of systems thinking. It solicits for turning today’s degenerative economies into regenerative ones, and divisive economies into far more distributive ones. Lastly, Doughnut Economics recognizes that growth is a healthy phase of life, but nothing grows forever and things that succeed, do so by growing until it is time to thrive instead.

7 Billion Presidents fits perfectly into Doughnut Economic Model, as it shares the same underlying principles and the same ambitious goals: building a society where there is well-being for all, care for the environment, and sustainability, whose purpose is to transition from resource accumulation to a fairer redistribution.

But how is this concretely processable and achievable? The organisations that support the theory differ from the current economic model in five ways: purpose, governance, networks, ownership, and finance.

The current economic model has had, for the past centuries, the purpose of making and spending more and more money for the benefit of a small group of people and where effects on the environment and the well-being of the many are considered as externalities. The Doughnut Economy, on the other hand, gives a central position to these notions within its system.

The second point, governance, is about how the organisation is governed and who makes decisions. In the current economic model, most companies have a top-down structure, people do as they are told ‘from above’ and there is little room for creativity, employees have little autonomy and have no say in company policies; on the other hand, the new economic model allows everyone to participate and give their own personal contribution in the decision-making process, getting something in return instead of being seen as ‘human resources.

The networks consist of everyone who works with the organisation: from customers to employees. Certainly, networks are more extended with bigger companies, as they potentially come from all over the world; adopting a more sustainable economy, the network would probably be reduced and become more local, but everyone would be an active part of the network and not just one among many others.

The fourth point, ownership, refers to who owns the organisation. In the case of the current economic model, we are talking about big well-known companies or powerful and rich entrepreneurs. With the Doughnut Economy, the ownership becomes more local, and businesses are usually owned by families for generations, with few employees: everyone knows each other and there is a sense of friendliness that is often lacking in the prior case.

Finally, the finance indicates by whom the organisation is financed: in the first case, a lot of investors are interested in financing a big company; differently, in the new style of the economic model, the customers are the only source of support, as most of the earnings come directly from them.

The Doughnut Economic Model can work in practice, and we already have some examples. In 2019, C40 – Climate Leadership Group, a network of 97 cities committed to climate issues, asked Kate Raworth to create reports on three of its members – Amsterdam, Philadelphia, and Portland – to show how far they were from “living inside the doughnut”. Inspired by this project, the city of Amsterdam decided to plan a circular strategy, combining the Doughnut’s goals with the principles of a circular economy, and the initiative is still working and gathering consents.

To continue in this path, we need to start looking at our economy not separately, but together with social justice and ecological well-being, to change the final goal from endless economic growth just for a few, to well-being for all. Today it seems hard to push an idea if it is not basically supported by necessity, but if everyone takes a small step in the right direction, change will happen and will be noticed very quickly.

Checking in on our solar panels in MijnStadstuin